Minister Zappone – Speech at Launch of Report of the Working Group

on Reforms and Supports for the Childminding Sector

Minister Zappone will this evening welcome a Report of the Working Group on Reforms and Supports for the Childminding Sector at the Law Society in Dublin.

The group, chaired by Bernadette Orbinski-Burke, CEO of Childminding Ireland, has produced a range of recommendations. These will be considered by the Department of Children and Youth Affairs over the coming months in order to develop a plan to support the development of the childminding sector in Ireland. The Group carried out detailed work – meeting nine times since late 2016.

It is estimated that 35,000 childminders care for as many as 88,000 children throughout Ireland.

Minister Zappone said:
‘The working group has, through this report, provided my Department with an extensive and considered range of recommendations, reflective of the diverse range of experience and expertise of the working group members.  I very much appreciate the commitment that the Group has shown and the time it has given to consider and propose major change, change that should be accompanied by appropriate supports.  My Department is fortunate to have such a strong basis from which to now move forward.’

Furthermore, in recognising the importance of the childminding sector in Ireland, she noted:
‘I am conscious that the flexibility offered, and the home from home environment provided by childminders, is very important to many families in Ireland. Childcare Regulations introduced in 2016 have a strong focus on centre based care and have done much to assure parents of the quality of service their child should receive in these services. In establishing this expert group on childminding, I sought to start a similar journey with the childminding sector.  I hoped that the working group could come up with proposals that would, in time, support a move towards an appropriate level of regulation of childminders and with the accompanying supports required. I am delighted that this is what has been achieved.’

The report is strongly in favour of establishing the sector professionally, with a long term view to inclusion in the Government financial support schemes, in particular the Affordable Childcare Scheme that is being developed. The group highlighted the need for the next steps to feed into the forthcoming National Early Years Strategy.
The report defines a Childminding Service as being ‘offered by a person who single handedly takes care of children aged from 0-15 years old, which may include the persons own children, in the person’s home, for payment, for a total of more than two-hours per day.’

The report recognises that the proposals will require legislative change – including changes to the Childcare Act.

The report recommends that Au Pairs and Nannies should not be considered as ‘child-minders’ and that they should remain outside the State’s childcare support programmes but that the Department should give consideration to training and information supports for families employing these personnel.

DCYA has committed to putting in place an action plan for implementation of the report by the end of the year with short, medium and long-term goals.

To read the report click here: Pathway to a quality support and assurance System for Childminding. 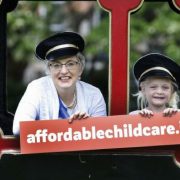 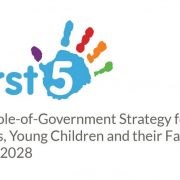 Government launches First 5, A Whole-of-Government Strategy for Babies, Young Children and their Families 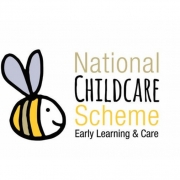 Opportunity to Participate in Independent Review of Costs of Providing Quality...

Applications for M.A. in Leadership in Early Years Education and Care Level...
Scroll to top